I have not finished the commissioned painting, but I have made tremendous progress on it.  As you will recall I posted the first part of it earlier this week.  I am working from the top down, or I was. When I actually got to the immediate foreground or at the bottom, if you will, I changed back to my normal painting method of underpainting and then building up from there.  That is because the foreground has a lot of detail and that can only be accomplished this way.  I have a few photos below to show the progress and to explain what I am doing as I go along.

At this point I am still working from top to bottom of the painting and the paint is more a watercolor treatment.  From this point on I change over to my traditional way of painting. 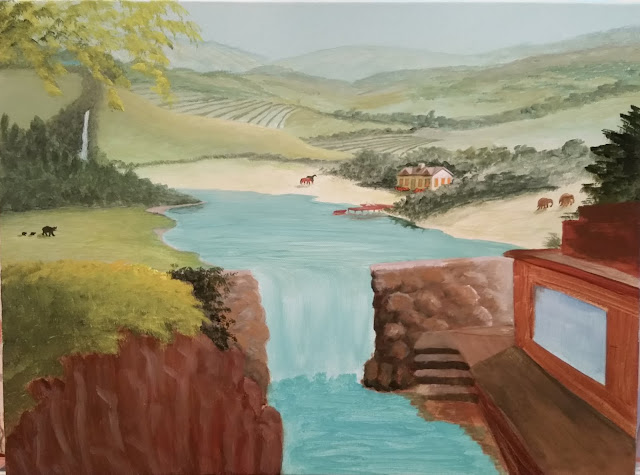 Here I have begun the foreground details.  I enlarged the elephants and added three bears on the left meadow.  then I started the house, water and steps down to the river.  The cliff on the left will have a family standing on it looking out over the scene. 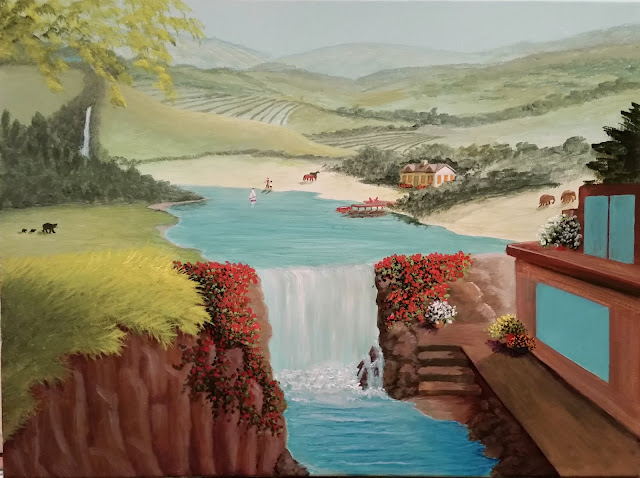 I am now refining the foreground.  I added the second story to the house, made a porch there, and added all the flowers. I also added people and a boat in the water back by the smaller house.  The red flowers will take several coats as red, and blue for that matter, are translucent colors that tend to "disappear" as they dry. 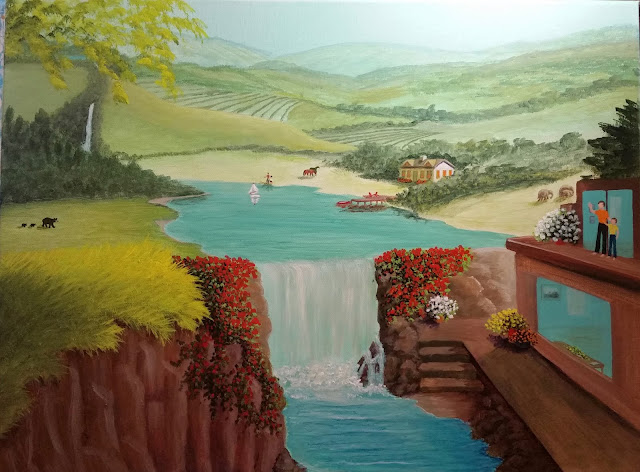 Now you can see I added people on the porch or deck of the house.  I also have added details inside the house through the windows.  If you look closely, you will see three elephants now instead of two and I added two people sitting in the deck chairs on the dock. 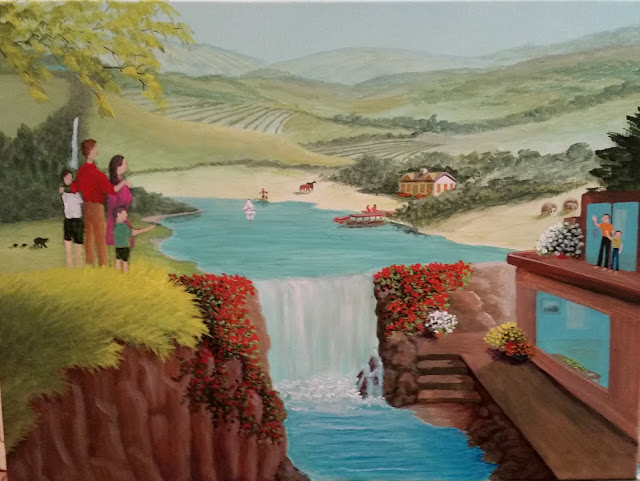 I have started the family on the cliff now.  They are far from finished, but I think you begin to get the idea.  Notice the father and son on the deck are waving to them?  And the son on the cliff is pointing to the elephants.  All of this causes the eye to roam through the painting.  I will also be adding a lion or two somewhere by the family as they asked specifically for bears and lions.  When it is finished, probably by next week, I will post the final photo.  The detail will be much crisper and the family more complete.  Overall, I am pleased with how this painting is coming along. It is pleasing to the eye.

At this point, some may recognize the general scene.  It is similar to another painting we have seen.  But of course I cannot copy it, so I made changes but it still has a paradise feel to it.

Next week,  I will discuss "BRANDING".   It is important to an artist as it is their way of setting them apart from other artists.  But what is it and how do we brand ourselves?


Something that has nothing to do with art but I want to show you is in a photo below.  My husband and I bought some apples at our local grocery store last week.  When my husband ate one of them he made a horrible sound and brought the apple to me.  I was appalled when I took a look at the apple!
It was definitely altered by GMO methods for inside it were four round squishy growths surrounding the center of the apple.  Our food is being destroyed by science and GMO methods and as a result so are we! 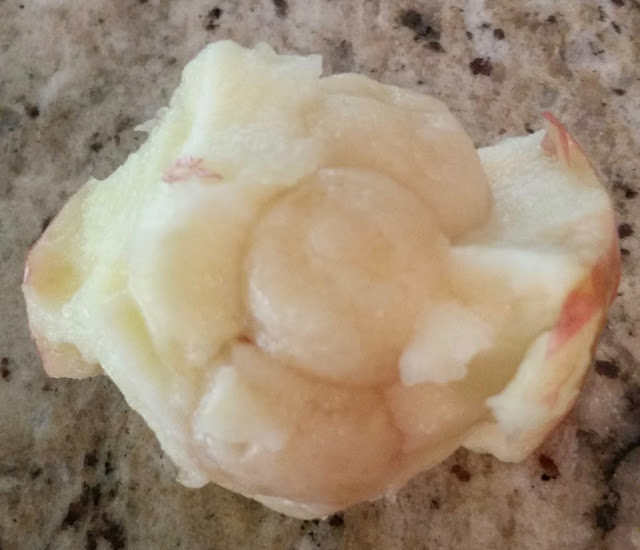