My husband and I were "sitting" at the St. Augustine Beach Art Studio and Gallery this month when a gentleman walked in.  That is not uncommon,  what is uncommon was that he asked if there was an artist available to do some sketches for him.  I said that I was the artist and he then told me what he had in mind.

It turns out he is engaged to be married and he wanted to do something very romantic for his fiance'.  He described three dates in particular that he wanted depicted and combined into one painting.  He asked for a piece of paper to show me his idea and then asked me to do a couple sketches on canvas for him to then paint.  I agreed, but we had no available canvas, so I sent him to the nearest art store while I played with some ideas on paper.  When he returned with the canvas, I said I'd have the sketches ready for him to pick up by closing time.

The three memorable dates included watching the space shuttle launch, going to a drive-in movie in their Camaro, and writing their names in the sand when he proposed to her.  They came together nicely to form a sweet painting!

As agreed, he returned and picked up the canvas.  He was delighted with my sketches and was looking forward to painting his gift for his love. When he first came, we had walked around the studio looking at some of the artwork and he showed me comparisons of his skill level with painting.  "I'm better than this one,  but not as good as this one." It appears he will do just fine and of course he will have a personalized gift for his love that she will treasure!  How romantic!

I have his sketch, and my two sketches below.  I'd love to see his finished painting as well! I texted him and asked him to send a photo of it for my blog.  Hopefully he will be willing to share it with me. 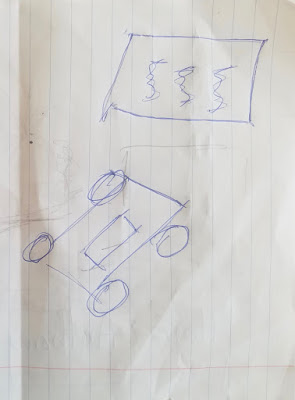 He drew this saying his sketching skills were not adequate for the painting, but that he felt he could paint over my sketch with no problem.  (I didn't mind doing that for him, but some artists might not care to do it) 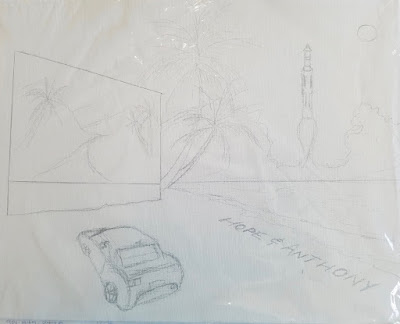 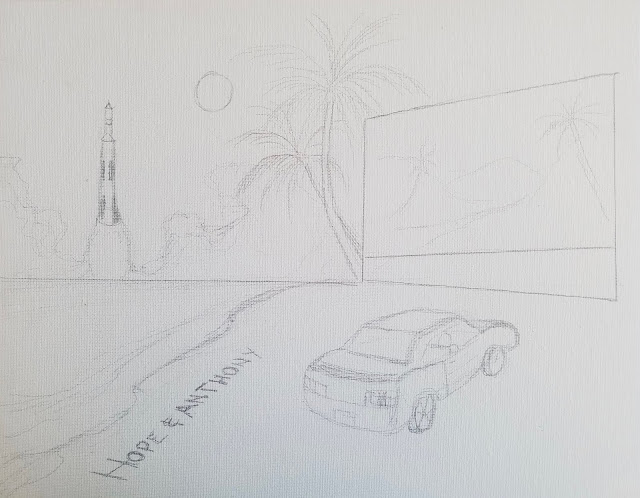 This is the second sketch and the one he decided to paint.  Three "dates" came together into one painting that contains memories that this couple will enjoy for years!